The AltiGen IP 720 phone is a business telephone that provides voice communication over an IP network. The IP 720 provides built-in power-over-Ethernet support and functionality similar to traditional business phones, including automatic redial, on-hook dialing, hands-free operation, 15 programmable keys, LCD display, and headset port support for the Plantronics wireless headset. The main components of the phone are illustrated in the figures below and described in the table that follows each figure. 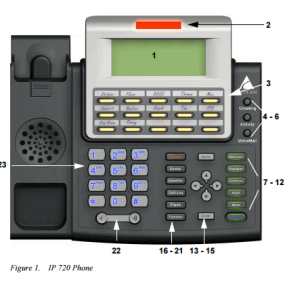 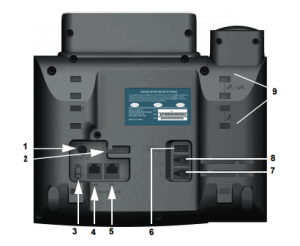 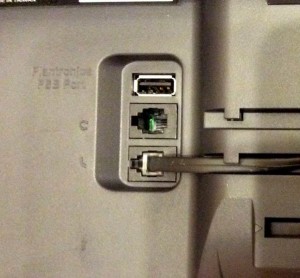 Headset button = When pressed, the user will be able to activate the RJ-9 headset port.