If your CS540 squeals or has static during a call that both you and your caller hear, try re-subscribing the base to the headset. 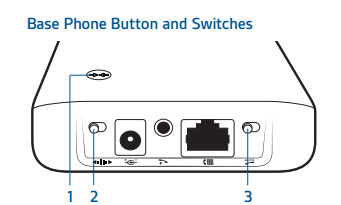 1) With your Plantronics CS540 idle and your headset undocked, press and hold the subscription button (Labeled 1) on
the base for three seconds. The Power on/subscription light will flash white.

2) Press and hold the volume up button on the CS540 headset for three seconds until the headset LED
turns solid white. When the Power on/subscription LED on the base becomes solid white, the
headset and base are subscribed to one another. 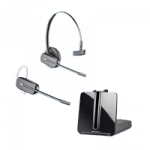 Ending Subscription:
If the Plantronics CS540 base is in subscription mode and you want to stop the base from searching for a headset,
press the subscription button again. The subscription LED on the base will go dark for three
seconds and then re-illuminate steadily to indicate power is applied to the base.

4 responses to “Does your Plantronics CS540 squeal or have static during calls?”